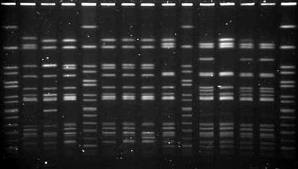 As a consequence, sources of foodborne illnesses outbreaks will not be identified as quickly, state epidemiologists told the Scientific American in a report published Monday.

New diagnostic tests for foodborne illnesses caused by Salmonella, Campylobacter and E. coli have allowed public health officials to drop traditional laboratory testing of blood and stool samples.
The old, slower lab tests, however, were based on a cultured specimen that revealed a pathogen’s DNA “fingerprint,” which could be shared on the national PulseNet system and matched with other cases, often resulting in the source of the contamination being identified.

Timothy F. Jones, Tennessee’s state epidemiologist, told Scientific American that while rapid tests can detect whole classes of Shiga-toxin producing bacteria, and additional bacteria that in the past would have been missed, it won’t produce the DNA fingerprinting needed to by PulseNet in order to identify it as a match with a contaminated food.

Jones says that part is setting public health back to the day before it had the ability to do DNA fingerprinting. It means outbreaks will be underway longer before they are connected to a specific source, meaning more people will experience foodborne illness.

Infectious disease experts say the adoption of the new fast tests by doctors and hospitals mean public health officials will have to find new ways to monitor and track outbreaks. 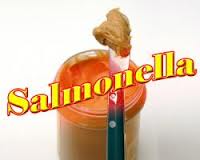 CDC said 41 people had been infected from 20 states with 63% percent of ill people being children.
The UK Food Standards Agency (FSA) has warned consumers not to eat certain peanut butter based products imported from the US due to the ongoing salmonella outbreak traced to manufacturer Sunland.
An outbreak of the Salmonella Bredeney strain in the US has been linked to peanut butter produced by peanut butter producer, Sunland Inc. Because the product recall has widened, US authorities have now alerted the European Commission to possible distribution of affected products in member states, including the UK.
The Health Protection Agency was not aware of any cases of illness in the UK that may be associated with the outbreak as of yesterday. It is not thought that these products are on sale in the major supermarkets in the UK, but they may have been bought on the internet or from specialist shops that import American food products, said the FSA.
A total of 38 persons infected with the outbreak strain of Salmonella Bredeney have been reported from 20 states. Three new cases have been reported from two states since the last update on October 5, 2012: California (2) and New Mexico (1).
Among persons for whom information is available, illness onset dates range from June 14, 2012 to September 21, 2012. Ill persons range in age from less than 1 year to 79 years, with a median age of 7 years. Sixty-six percent of ill persons are children under the age of 10 years. Sixty-two percent of ill persons are male. Among 35 persons with available information, 10 (29%) patients reported being hospitalized. No deaths have been reported.
Illnesses that occurred after September 13, 2012 might not be reported yet due to the time it takes between when a person becomes ill and when the illness is reported.
The US Centers for Disease Control and Prevention (CDC) said 41 people had been infected with the Salmonella strain from 20 states with 63% percent of ill people being children under the age of 10 years, in its latest update.
Liz McNulty, from the FSA’s incidents team, said: “Investigations are ongoing, but as we get more information from the US and local authorities in the UK we will be able to narrow down the list products to just those we know have been sold in the UK.
“If consumers have a product made by Sunland Inc. they should check the batch code against the list on US FDA site provided at the link top right. If the product is on the list it should not be eaten and returned to where it was bought.”
Source: http://www.cdc.gov/salmonella/bredeney-09-12/index.html
Publicadas por Unknown a la/s 11/22/2012 03:08:00 p.m. No hay comentarios.: 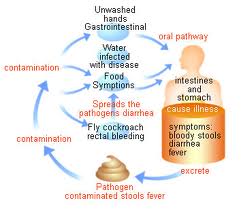 The source of infection remains unknown

Columbus officials say they haven’t seen such a large number of Shigella ssp. cases in the past decade. The health commissioner says many of the cases are linked to childcare centers and locations where young children are in close contact.

Shigella ssp. is a virulent human enterobacterial pathogen that causes an intestinal infection characterized by intestinal pain, bloody diarrhea and dehydration. It is transmitted through human waste and can be spread if care isn’t taken when changing diapers and cleaning up after bathroom breaks.

Officials are urging increased hand-washing among children and caregivers and telling parents to keep sick kids home from day care. Up to this moment the source of infection is unknown. 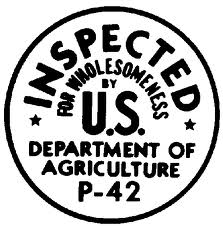 Sending U.S. Department of Agriculture officials overseas to inspect meat and poultry plants whose products are destined for American consumers has long been a bedrock of our modern import safety system, but an investigation by Food Safety News found, the number of countries audited by U.S. officials each year has declined by more than 60 percent since 2008.

The USDA’s Food Safety and Inspection Service has also become less transparent. The agency has failed to make audit reports public in a timely fashion and only revealed which countries have been audited in the past two years this week following multiple inquiries by Food Safety News and a blog post by former Under
Secretary for Food Safety Richard Raymond questioning the lack of online records.
With an increasingly global food system – around 17 percent of the U.S. food supply is now imported – U.S. consumers are directly impacted by food safety practices and regulatory systems abroad.
Just last month, a massive E. coli O157:H7 beef recall from XL Foods in Alberta, Canada, affected 2.5 million pounds of beef that had been shipped to U.S. meat processors and grocery chains. According to the Centers for Disease Control and Prevention, there are no known illnesses linked to XL Foods in the United States, but at least 16 Canadians have fallen ill.

The XL Foods recall, the largest in Canadian history, might never have happened if FSIS border inspectors in Sweetgrass, Montana hadn’t found E. coli O157:H7 in multiple samples of the imported beef and raised the issue with the Canadian Food Inspection Agency (CFIA). Food safety advocates say the incident highlights the importance of a strong border inspection system, but also raises critical questions about whether FSIS has taken a more hands-off approach in regulating foreign countries sending meat and poultry products to the U.S.

Canadian media reported this month that FSIS was preparing to audit the Canadian meat safety system. The audit had been planned and was not prompted by the XL Foods recall, according to both CFIA and FSIS officials, but the reports noted that FSIS had not audited Canada, a major meat trading partner, since 2009.
Food safety experts and consumer advocates have started wondering: Why aren’t these food safety check-ups happening annually like they used to? Some worry that budgetary pressures are forcing a reduction in the number of audits, or worse, that the reductions are part of an effort to liberalize trade at the expense of public health.
Source: FoodSafetyNews