Contaminated water in pesticides could be source of Norovirus entering the supply chain. 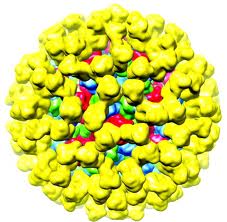 Viral control will be included for Fresh fruits and vegetables.
Contaminated water used to dilute pesticides could be responsible for viruses entering the fresh food supply chain, claim scientists. The possibility of pesticides being a source of human Norovirus (hNoV) depends on the presence of viruses in the water used to reconstitute the pesticides, the potential of viruses to persist in reconstituted pesticides, and by the number of viruses adhering to the edible parts of the produce.
Farmers use various water sources in production of fresh fruits and vegetables, including well water and surface water such as river or lake water, sources which have been found to harbor hNoV, according to previous research.
In a separate development the European Food Safety Authority (EFSA) has said residue compliance rates remain high in its annual pesticide report.
Fresh produce and Norovirus link. The consumption of fresh produce has been associated with outbreaks of hNoV but it is difficult to identify where in the supply chain the virus first enters production, said a team of researchers. Pesticides are commonly applied in the production of produce just before harvest to optimize product quality and extend shelf life.
To prevent contamination of fresh produce, knowledge of the possible introduction sources of the viruses, such as water, is needed to implement appropriate and efficient preventive measures.
Possible source. The researchers studied the persistence of hNoV GI.4, hNoV GII.4 and murine Norovirus (MNV-1), the only cultivable Norovirus, in eight different pesticides after 0 and two hours. Virus concentrations were determined by reverse transcriptase PCR, and infectivity of MNV-1 was determined by endpoint dilutions followed by maximum likelihood estimations. Chemicals were diluted in a concentration equal to the smallest volume used (200 L/ha) to equal the highest pesticide concentration used in practice. “The application of pesticides may therefore not only be a chemical hazard, but also a microbiological hazard for public health”.
A promising approach to minimize the microbiological health risk of pesticide application, not depending on compliance and awareness of farmers, is the inclusion of antiviral substances into pesticides, concluded the researchers.
EFSA pesticide report. Meanwhile, EFSA’s annual report on pesticides in food, found that more than 97% of samples contained residue levels that fall within permissible limits. MRL exceedance rates of foods imported into the EU, Norway and Iceland were more than five times higher than those of foods originating in these nations - 7.9% compared to 1.5%.
Source: Food QualityNews
Publicadas por Unknown a la/s 3/16/2013 09:02:00 p.m. No hay comentarios.:

The presence of BIOFILMS is a major problem for food processing. 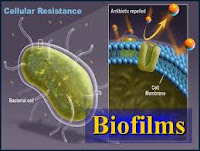 Biofilms can be found in almost any environment, including food manufacturing plant. They can contaminate food with spoilage and pathogenic microorganisms; also they produce enzymes or toxins that may threaten product safety so they are a concern to the food manufacturers.

Biofilms are associated with polysaccharide material that binds them firmly to surfaces and makes the removal of biofilms difficult. Understanding the nature and development of biofilms in food systems can help us in managing them to improve product quality and the efficiency of food manufacture.

Date of conference interactive: Mar 21 2013 2:00 PM – 3:30 PM (EDT)
The presenter is Dr. Steve Flint, Professor in Food Safety and Microbiology and Director of the Food Division Institute of Food Nutrition and Human Health (IFNHH) at Massey University in New Zealand.

Areas covered in the webinar:

"Unhealthy" Foods: Why Do We Keep Eating This Stuff? A Sensory Science Perspective

One of the biggest current concerns in the food industry is the impact of products high in sugars, fats or salt on consumer health. Despite widely acknowledged links to a diet high in such products to adverse health outcomes, such products remain popular. Why do we have preferences for foods that are clearly maladaptive?

This webinar shows how “unhealthy” food ingredients exert control over what we want to eat. In addition, it considers the question of whether low calorie foods are the answer to this problem and whether dieting can ever ultimately be successful. Recent research that questions the basis of sugar and fat substitutes will be discussed, as is research on ways of reducing “unhealthy” ingredients without loss of food pleasure. What are the limits of what consumers will tolerate in sugar or salt reduced foods and how can this be effectively measured? Finally, issues of how external factors such as labels can be used to promote acceptance of “diet” foods are discussed. 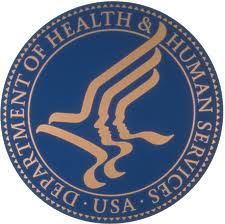 The Food and Drug Administration (FDA) is proposing to amend its regulation for Current Good Manufacturing Practice In Manufacturing, Packing, or Holding Human Food (CGMPs) to modernize it and to add requirements for domestic and foreign facilities that are required to register under the Federal Food, Drug, and Cosmetic Act (the FD& C Act) to establish and implement hazard analysis and risk-based preventive controls for human food.

FDA also is proposing to revise certain definitions in FDA's current regulation for Registration of Food Facilities to clarify the scope of the exemption from registration requirements provided by the FD& C Act for “farms.”

FDA is taking this action as part of its announced initiative to revisit the CGMPs since they were last revised in 1986 and to implement new statutory provisions in the FD&C Act.
The proposed rule is intended to build a food safety system for the future that makes modern, science-, and risk-based preventive controls the norm across all sectors of the food system.

The Food and Drug Administration (FDA) Food Safety Modernization Act (the FSMA) requires the Secretary of Health and Human Services to promulgate regulations to establish science-based minimum standards for conducting a hazard analysis, documenting hazards, implementing preventive controls, and documenting the implementation of the preventive controls; and to define the terms "small business" and "very  small business." 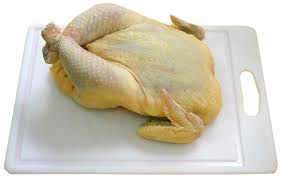 The Final rule will be effective May 6, 2013.
The Food Safety and Inspection Service (FSIS) is amending the Federal meat and poultry products inspection regulations to remove sodium benzoate, sodium propionate, and benzoic acid from the list of substances that the regulations prohibit for use in meat or poultry products.

The proposed rule also explained that, under FSIS’s regulations, certain antimicrobial substances are prohibited for use in meat or poultry products because these substances have the potential to conceal damage or inferiority when used at certain levels (9CFR 424.23(a)(3)). Among these
substances are potassium sorbate, propylparaben (propyl phydroxybenzoate), calcium propionate,
sodium propionate, benzoic acid, and sodium benzoate.

In 2006, Kraft Foods Global, Inc. petitioned FSIS to amend the Federal meat and poultry products inspection regulations to permit the use of sodium benzoate and sodium propionate as acceptable antimicrobial agents that may be used in combination with other approved ingredients to inhibit the growth of Listeria monocytogenes (Lm) in ready-to-eat (RTE) meat and poultry products. On July 26, 2010, Kemin Food Technologies petitioned FSIS to amend the regulations to permit the use of liquid sodium propionate and liquid sodium benzoate as acceptable antimicrobial agents in meat and poultry. 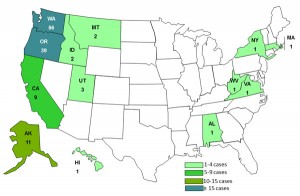 Chicken is the most likely source of infection

The CDC reported Tuesday that since June 4, 2012, a total of 128 persons infected with the outbreak strain of Salmonella Heidelberg have been reported from 13 states.

Oregon and Washington have identified Foster Farms brand chicken as the most likely source of the infections in their states.  Testing conducted by the Washington State Public Health Laboratories identified the outbreak strain of Salmonella Heidelberg in four intact samples of chicken collected from three ill persons’ homes in Washington. 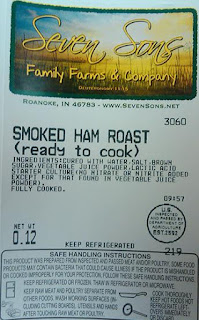