Salmonella and Campylobacter testing was moved from May to July 1. 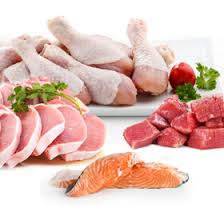 Health Canada plans to suggest amendments to the country’s Food and Drug Regulations in June, which would add ground beef to the list of foods permitted to undergo radiation treatment before being sold in Canada. 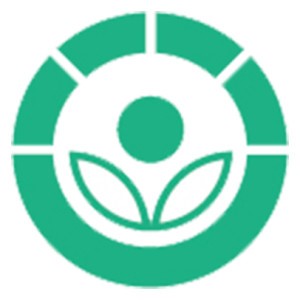 The rationale behind changing the regulations is that irradiation of raw ground beef will prevent the spread of E. coli and other foodborne pathogens. However, Canadian health officials are well aware that public reaction to the idea has been negative so far.
The plan was revived in 2013 after the 2012 beef recall by XL Foods Inc. in Brooks, Alberta. The largest beef recall in Canadian history, it involved 8 million pounds of beef, and the related E. coli O157:H7 outbreak sickened at least 18 Canadians.
Industry groups north of the border have long advocated irradiation of beef and say that the time is right to initiate the practice. Some would also like to see chicken and salad vegetables irradiated prior to sale.
“I think public perception has changed,” said Mark Klassen, director of technical services with the Albert-based Canadian Cattlemen’s Association. “When we ask Canadians if they think they should be able to purchase irradiated beef, they’re accepting of it.”

However, critics of food irradiation say that it produces toxins such as benzene, reduces a food’s nutritional value, and changes the taste of the meat. Some claim that factory farms and feedlots want to irradiate meat so they can continue putting large numbers of animals into small, confined spaces where the animals, along with their water and food, are exposed to large amounts of feces.

Health Canada spokeswoman Maryse Durette said the proposed regulations will be announced next month in the Canada Gazette and that a 75-day public consultation period will follow. She also said that if irradiated frozen or fresh ground beef were approved for sale in the Canadian marketplace, it would need to be labeled as such.
If the government allows raw ground beef to be irradiated before retail sale in Canada, it would join the following food items on that country’s approved list: onions, potatoes, wheat, flour, whole wheat flour, whole or ground spices, and dehydrated seasonings.
In the U.S., the Food and Drug Administration allows irradiation of food by X-rays or electron beam. Current FDA regulations permit the following foods to be irradiated before sale in the U.S.: beef, pork, crustaceans (lobster, shrimp and crab), fresh fruits and vegetables, lettuce and spinach, molluscan shellfish (oysters, clams, mussels and scallops), poultry, seeds for sprouting (such as alfalfa sprouts), shell eggs, and spices and seasonings. 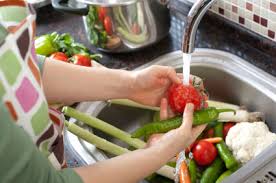 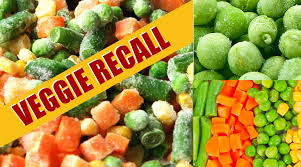 On April 23, 2016, CRF Frozen Foods recalled 11 frozen vegetable products because they may be contaminated with Listeria. On May 2, 2016, CRF Frozen Foods expanded the initial recall to include all organic and traditional frozen vegetable and fruit products processed in its Pasco, Washington facility since May 1, 2014. Recalled items were sold in plastic bags under various brand names, nationwide and in Canada. A full list of recalled products is available on the FDA website.
Listeria specimens were collected from September 13, 2013 to March 28, 2016. Two illnesses were reported in 2016. The remaining six illnesses reported during 2013-2015 were identified through a retrospective review of the PulseNet database. Ill people range in age from 56 years to 86, with a median age of 76. Seventy-five percent of ill people are female. All eight (100%) ill people were hospitalized, including one from Maryland and one from Washington who died, although listeriosis was not considered to be a cause of death for either person.
Public health investigators are using the PulseNet system to identify illnesses that may be part of this outbreak. PulseNet, coordinated by CDC, is the national subtyping network of public health and food regulatory agency laboratories. PulseNet performs DNA "fingerprinting" on Listeria bacteria isolated from ill people by using techniques called pulsed-field gel electrophoresis (PFGE) and whole genome sequencing (WGS).
A total of eight people infected with the outbreak strains of Listeria have been reported from three states since September 13, 2013. A list of states and the number of cases in each can be found on the Case Count Map page.
The outbreak can be illustrated with a chart showing the number of people who were diagnosed each month. This chart is called an epidemic curve or epi curve.
Epidemiologic and laboratory evidence available at this time indicates that frozen vegetables produced by CRF Frozen Foods of Pasco, Washington and sold under various brand names are one likely source of illnesses in this outbreak. This is a complex, ongoing investigation, and updates will be provided when more information is available.
Source: http://www.fda.gov/Safety/Recalls/ucm498841.htm
Publicadas por Unknown a la/s 5/12/2016 10:08:00 a.m. No hay comentarios.: 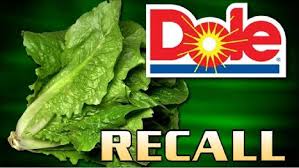