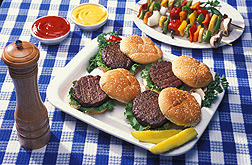 Zoonotic Agents and Food-borne Outbreaks in 2011 showed E.coli O157 H7 is one of the higher profile strains. 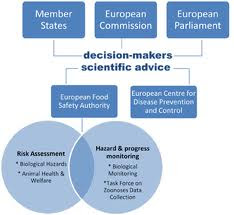 Numbers of EU consumers contracting Campylobacter and E.coli food poisoning are increasing, with the data on E.coli particularly worrying, according to the European Food Safety Authority (EFSA).
The information has been laid out in the latest zoonosis report, Trends and Sources of Zoonosis, Zoonotic Agents and Food-borne Outbreaks in 2011, compiled by EFSA and the European Centre for Disease Prevention and Control. Based on the latest analyzed figures from 2011, confirmed cases of what is known as verocytoxigenic E.coli (VTEC), of which E.coli O157 H7 is one of the higher profile strains, more than doubled 2010 figures. Numbers increased from 3,656 to 9,485.

The EFSA unit that created the report told that even excluding big 2011 E.coli outbreaks in Germany and France, cases were up significantly. According to the EFSA report, human cases of disease contraction from E.coli were mainly associated with beef, poultry meat, milk and dairy products and vegetables.
Instances of Campylobacteriosis remained by far the largest number, with 220,209 cases in 2011.

However, this represents only a 2.2% rise on 2010 figures. For 2011, most of the information on Campylobacter in foodstuffs was reported with regard to broiler meat and products derived from it. Overall, 31.3 % of fresh broiler meat units were found positive for Campylobacter.

Better reporting: These figures are partly attributed the increases associated with VTEC and Campylobacter to better reporting methods and improvements in ways to identify different strains of the pathogens. However, there were causes beyond that and EFSA was working on determining those. There will be further work with [European Commission and Member State] risk managers at European level. Nationally there are different patterns. Different strains are circulating, so nationally there is no clear agreement. Measures are taken by risk managers based on guidance from EFSA. There need to be risk assessments to identify [for example] exposure levels and major sources [of infection].
The incidences of Salmonella-associated food poisoning had decreased by 5.4% between 2010 and 2011. In 2006 they were above 200,000 and now we are below half of that. That shows we have got a grip on this." Cases of Listeria-associated food poisoning stood at 1,476, a 7.8% decrease from 2010-2011.

The first part of EFSA’s analysis of an EU-wide baseline survey on Listeria monocytogenes published today provides valuable insights into the presence of this pathogen in certain ready-to-eat foods (fish, cold meats and soft cheeses [1]).
The proportion of food samples exceeding the legal food safety limit was low. However, given the popularity of these foods and the severe implications that Listeria infections (listeriosis) can have on human health, overall vigilance regarding the possible presence of the bacteria in food is warranted. To prevent listeriosis, EU legislation lays down specific rules for food business operators including the need to follow good manufacturing practices, appropriate food hygiene programs, and effective temperature control throughout the food chain.  Experts highlighted the importance of these measures as well as proper storage of these foods in the home, keeping refrigerator temperatures low.

Although listeriosis is rare, the disease is often severe with high hospitalization and mortality rates. In the EU about 1,470 human cases were reported in 2011, with a mortality rate of 12.7% [2]. Listeriosis is usually contracted by eating foods that contain the Listeria monocytogenes bacteria such as fish, cold meats and soft cheeses. Ready-to-eat foods are often the source of listeria infections as their long shelf life is conducive to bacterial growth and these foods are usually consumed without any additional cooking.

EFSA’s experts recommend adherence to good hygienic practices throughout the food production, distribution and storage chain. In the home consumers are advised to keep the temperature of their refrigerators low in order to limit potential growth of Listeria should it be present in ready-to-eat foods.


In the second part of the study, expected to be finalized next year, EFSA will look at the risk factors for the presence of Listeria monocytogenes in the food categories concerned and the factors favoring its growth in fish. 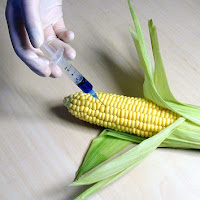 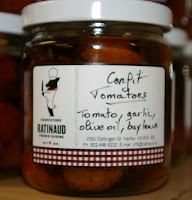 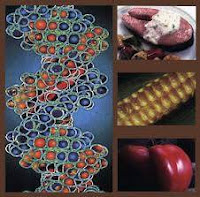 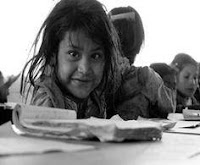 A plan to chart the routes of transmission for Salmonella species is the reason for a new cooperative agreement between the U.S. Food and Drug Administration (FDA) and North Carolina State University (NC State).

Beginning in September, FDA’s Center for Food Safety and Applied Nutrition (CFSAN) will begin working with NC State’s Prestage Department of Poultry Science and the Piedmont Research Station Poultry Unit to improve shell egg safety in the U.S. market.
CFSAN wants NC State researchers to study the routes of transmission for Salmonella species, including but not limited to Salmonella enteritidis (SE), within the shell egg production industry.

“Of particular interest is determining whether other Salmonella serotypes, such as Salmonella heidelberg (SH), behave similarly to SE, since outbreaks have been caused from consumption of eggs contaminated by SH,” read a CFSAN statement announcing the agreement.
“Findings from the studies will help FDA and members of the egg industry better understand routes of Salmonella transmission and the food safety controls necessary to prevent illnesses from consumption of shell eggs,” it added.

FDA’s current egg rule went into effect in stages, beginning in 2009. A year later, however, two Iowa egg farms were responsible for one of the largest recalls of shell eggs in U.S. history over SE contamination.

Producers claims to use ingredients from food that is naturally raised with respect for the animals, the land, and the farmers who produce it. 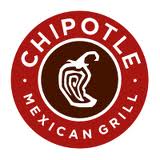 Let's face it, it's good to be first, at least if you happen to be the first to do something worthwhile. In the ongoing debate about the safety of genetically modified organisms (GMOs) in our food, Denver, CO-based Chipotle Mexican Grill made what may turn out to be an important food history "first" in the United States.

The chain, who operates more than 1,450 restaurants across the U.S., Canada, the United Kingdom, and France, recently revealed that since March, the ingredients of their menu items have been labeled. In this case, "ingredients" also includes GMOs. This makes Chipotle the first American fast food chain to voluntarily display the presence of GMOs in its products.

According to Chipotle's spokesman, reaction to the identity of the chain’s ingredients has not affected sales. "If anything, it engenders more trust when you're more forthcoming about the food you serve," he said. Chipotle is going beyond labeling GMOs, they also intend to eliminate them from their ingredients as much as possible. Yet, the chain's new labeling won't win high marks with diners looking for total transparency since it is only available on the restaurant's website, and not on their in-store menus.

With their vision of "Food With Integrity," Chipotle clearly tries to "walk the talk." In a news release this month that touted their plans to serve more than 15 million pounds of locally grown produce this year, the chain also reminded the public of their efforts to use ingredients from food that is naturally raised with respect for the animals, the land, and the farmers who produce it. 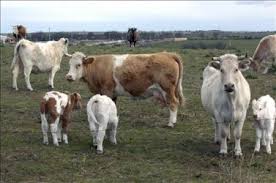 Range of factors influence chance of E.coli in spinach pre-harvest

E. coli contamination of spinach on farms was 172 times more likely if the produce field was within 10 miles of a poultry farm. 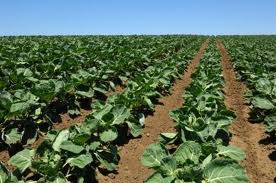 Workers’ personal hygiene, the field’s use prior to planting of produce and the time since the last irrigation are key factors that influence the likelihood of E.coli contamination of spinach on farms prior to harvest.
Weather was also identified as an area where future research was needed to design strategies for control of produce contamination by the Texas and Colorado team
.
Researchers study other potential risk factors tested included numbers of workers, farm size, organic vs. conventional production, the use of chemical fertilizers, compost, and manure.

E. coli contamination of spinach on farms in Colorado and Texas was 172 times more likely if the produce field was within 10 miles of a poultry farm, and 64 times more likely if irrigated by pond water.
Spinach sampled: A repeated cross-sectional study was conducted by visiting spinach farms up to four times per growing season over a period of two years (2010 to 2011). The researchers assayed 955 spinach samples from 12 farms in the two states, finding that generic E.coli was present on 63 of them (6.6%).

The availability of portable toilets, hand-washing stations for workers in the fields and the absence of grazing or hay production on the fields prior to planting spinach, reduced the risk seven-fold.
Produce contamination was also significantly reduced if the field was not used for hay production or for grazing prior to spinach planting. In the analysis restricted to organic farms only, the spinach from certified organic farms was less likely to be contaminated with generic E.coli than spinach from noncertified organic farms (OR 0.05).

The low risk of spinach contamination with generic E.coli in the certified farm environment might be attributed to the strict implementation of national organic GAP regulations.

Useful methodology: The researchers tested their statistical model for spinach contamination to determine how accurately it was able to pinpoint the level of contamination. At this time the assessment of the predictive performance of a developed statistical model is largely omitted from food safety studies. The methodology may serve as a useful template for future investigations of contamination on farms.  Produce is commonly consumed raw, it would be best to prevent pre-harvest contamination by foodborne pathogens all together or at least to reduce it,” said Park. 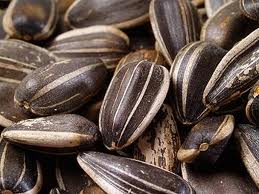 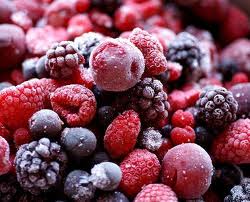 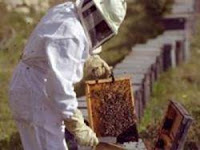