The GAO said it has commented on the fragmented nature of the United States’ food safety system for more than a decade. It welcomed President Obama’s decision to establish a Food Safety Working Group (FSWG) to try and foster interagency collaboration more than two years ago, but in a new report, the GAO said that the group’s work does not go far enough.

Under current law, food safety monitoring, inspection and labeling functions are spread across 15 agencies in the federal government, including the Food and Drug Administration (FDA), which is responsible for about 80 percent of the food supply, and the US Department of Agriculture (USDA), which oversees meat, poultry and egg products.

“However, the FSWG has not developed a government-wide performance plan for food safety that provides a comprehensive picture of the federal government’s food safety efforts.”

Confusion deriving from the division of responsibilities between agencies was highlighted again last summer during the recall of more than half a billion eggs from two Iowa egg producers, thought to have sickened at least 1,900 people. The FDA is responsible for egg safety when eggs are still in the shell, but the USDA takes over once they are broken. In addition, the FDA is in charge of chicken feed safety, while the USDA is responsible for the chickens.

A full copy of the GAO report is available in: http://www.foodsafetyworkinggroup.gov/ContentKeyFindings/HomeKeyFindings.htm 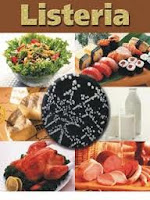 Listeria infections in the EU were up 19 per cent in 2009, resulting in 270 deaths from listeriosis, according to a new report.

Listeria infections increased the most in 2009, rising to 1645 confirmed cases. EFSA said 270 people died as a result from listeriosis, representing a 17 per cent fatality rate.

“At present, the risk of exposure to Listeria is controlled by EU-wide microbiological criteria for restricted levels of Listeria monocytogenes in ready-to-eat food products.

"However, these criteria are to be reviewed while more studies are needed to assess other factors (like consumption habits of elderly) that may influence on the risk of infection.”

Campylobacteriosis cases in humans were also up in 2009, increasing 4 per cent to 190,566. The pathogen Campylobacter jejuni, which is most commonly found in raw poultry meat, can cause diarrhea and fever. It is the most reported disease that is transmitted from animals to humans.

More encouragingly, the number of Salmonella infections in humans fell for the fifth year in a row. Salmonellosis cases, which usually involve fever, diarrhea and abdominal cramps, fell 17 per cent in 2009 to 108,614.

John Dalli, Commissioner in charge of Health and Consumer Policy said: “The EU has made great strides in its battle against Salmonella and the consistent fall in the number of cases is testament to the strong, comprehensive measures put in place by the Member States to tackle this disease.”

The joint EFSA and ECDC report said the European Commission reduction targets for Salmonella are most likely to be the main reason for the reduced number of cases.

The figures in the report relate to 2009. EFSA said they are released now because they are first collected by member states are then compiled and sent to EFSA before being analysed and published into a single report. 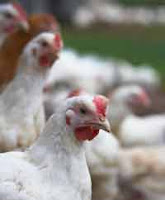 The listeria outbreak that hit five Virgin Blue airline passengers has been traced to a poultry supplier in New South Wales.

Prohibition order: The NSW government has slapped a prohibition order on the company’s plant in Wollongong banning it from manufacturing chicken products or any other ready-to-eat (RTE) meat. The order came into force on August 4 and will stay in place until further notice. The government said it delayed making an announcement for more than two weeks pending laboratory confirmation that the facility was the source of

Chicken wraps: Although it was originally believed GMI had supplied other companies with contaminated chicken, no other firms were cited as being affected by NSW safety officials. The investigation was launched after tainted airline food was linked a dramatic jump in listeria cases in the Australian state of Queensland. The probe centered on chicken wrap sandwiches served on Virgin Blue flights in May and June this year. The products were withdrawn from sale in June.

Suspicion: A Virgin Blue statement released in early August immediately raised suspicion that the source of the problem was a contaminated ingredient. “It appears the likely source of the contamination was an ingredient supplied to the manufacturers of the wraps and not Virgin Blue or other companies who received the affected products,” said the company. Dr. Erin Groves, acting deputy director of the Queensland Health confirmed that the focus of the investigation would fall on meat processors whose processing and supply procedures would come under intense scrutiny.

"What we're needing to do is go out to all manufacturers that could possibly be implicated and do very extensive testing of how they process their meat, how they supply it to people who then on give it to people to consume - to actually find out whether there's things we can do to prevent further infection," Groves said.

Listeriosis is a serious infection caused by eating food contaminated with the bacterium Listeria monocytogenes, said the US Centers for Disease Control. The disease mainly affects older people, newborns and adults with weakened immune systems and pregnant women, who are 20 times more at risk of contracting the disease than other healthy adults.

The best way to keep kids safe is to swipe the shopping cart handle with a disinfecting wipe
Every day, parents blithely drop their toddlers into the baskets of shopping carts, never giving a moment's thought to who might have had their hands on the handle last. Preliminary results from a new study show that may be a big mistake.
Researchers from the University of Arizona swabbed shopping cart handles in four states looking for bacterial contamination. Of the 85 carts examined, 72 percent turned out to have a marker for fecal bacteria.
The researchers took a closer look at the samples from 36 carts and discovered Escherichia coli, more commonly known as E. coli, on 50 percent of them - along with a host of other types of bacteria.
"That's more than you find in a supermarket's restroom," said Charles Gerba, the lead researcher on the study and a professor of microbiology at the University of Arizona. "That's because they use disinfecting cleaners in the restrooms. Nobody routinely cleans and disinfects shopping carts."
The study's results may explain earlier research that found that kids who rode in shopping carts were more likely than others to develop infections caused by bacteria such as Salmonella spp. and Campylobacter jejuni.
Shopping cart handles aren't the only thing you need to worry about when you go to the local supermarket. In other research, it was found that reusable shopping bags that aren't regularly washed turn into bacterial swamps. "It's like wearing the same underwear every day.
Presently the best way to keep kids safe is to swipe the shopping cart handle with a disinfecting wipe before you pop your kid into the basket.
That's exactly the only option some supermarkets were offering even before the study was done, new technologies such as nanoparticles could help to solve this contamination problem.
Risk to kids
One thing Gerba couldn't say was how likely it was that a child would get sick from touching - or even sucking on - a contaminated handle.
As far as Dr. Neil Fishman is concerned, that risk isn't very big. "I'd be worried if there was any evidence of any disease outbreaks related to shopping cart use," said Fishman, an infectious disease expert and director of health care epidemiology and infection prevention at the University of Pennsylvania Health System. "There isn't - and we've been using them for a long time."
While there may, indeed, be bacteria on shopping cart handles, they can also be found on doorknobs, countertops and a host of other items we touch every day, Fishman said. "My guess is that there are more bacteria on a car seat than on a shopping cart," he added.
Ultimately, your only defense against germs is to keep your hands - and your kids' hands - squeaky clean, Fishman said.
Source : http://www.msnbc.msn.com/id/41838546/ns/health-kids_and_parenting/
Publicadas por Unknown a la/s 3/08/2011 09:27:00 a.m. No hay comentarios.: 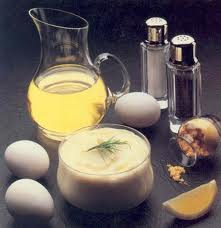 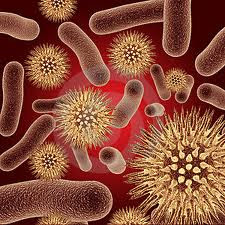