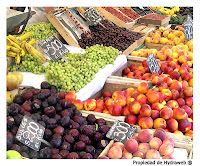 have deciphered the molecular language that cholera bacteria use to coordinate their infectivity. The bacteria use this chemical communication to signal their presence to one another, so that they can plan as a group when to be most virulent and when to escape their host to find new victims.

Howard Hughes Medical Institute investigator Bonnie Bassler and her colleagues at Princeton University reported their findings in the November 15, 2007, issue of the journal Nature.

Bassler and her colleagues have long studied a type of bacterial chemical conversation known as quorum sensing. This process depends on the bacteria releasing signaling chemicals called autoinducers into their environment, and subsequently detecting and responding to the build up of these molecules to coordinate with one another to ensure maximum infectivity and other group behaviors.

“We had shown that cholera had quorum sensing, and we had produced a mutant form of cholera that couldn't perform quorum sensing properly, which affected virulence,” said Bassler. “This finding told us that there must be an autoinducer molecule that this mutant couldn't make that had a role in virulence, but we had no idea what that molecule was.”

Bassler explained that the way the cholera bacteria use that molecule suggested it could make a useful treatment. “When people first get cholera, the bacteria immediately stick to the intestine in a structure called a biofilm and they release toxins,” she said. “During this time, they are multiplying rapidly and also releasing the autoinducer molecule. When the bacteria reach high cell numbers, the high concentration of the autoinducer molecule represses virulence and stops biofilm formation, enabling the bacteria to escape into the environment to spread to other people. So, if we could isolate and purify this molecule, and supply it to the bacteria to get them to prematurely terminate virulence, we thought it could be used as a treatment approach.”

Through their mutational studies, the researchers had identified the gene that codes for the enzyme that makes the unknown molecule. They inserted that gene into the gut bacterium E. coli, transforming the bacterium into a biological factory for large amounts of the chemical. That strategy allowed them to purify the chemical, which they called CAI-1, and analyze its molecular structure.

“We know that there are molecules analogous to CAI-1 that are very species-specific, and we also understand that there are molecules that are generic and enable inter-species communication. Together, they give bacteria a multicellular character. And the fact that we are coming to understand this communication and even learn how to manipulate it both for medical and industrial purposes makes this a very exciting time for this research field.

This product was sold in Costco stores in British Columbia, Alberta, Manitoba, Ontario, Quebec and Newfoundland.

There have been four confirmed illnesses associated with the consumption of this product.

Food contaminated with Shigella may not look or smell spoiled. Shigella infection can cause diarrhea (which may be bloody), fever, nausea, and vomiting. Illness usually lasts from 4 to 14 days. In some persons, especially very young, and very old people and people with compromised immune systems, the diarrhea can be more severe. Infection can occur after eating and drinking food and water that is contaminated with Shigella and can be passed from person to person.

Costco Wholesale, Ottawa, Ontario, is voluntarily recalling the affected product from the marketplace. The CFIA is monitoring the effectiveness of the recall.

age roll products that may be contaminated with Listeria monocytogenes, the U.S. Department of Agriculture's Food Safety and Inspection Service announced.

The establishment's in-plant testing program uncovered the problem. FSIS has received no reports of illnesses associated with consumption of this product. 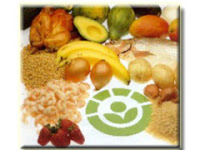 At the New Delhi meeting they discussed various positions, including those relating to proposed standards for pasteurized liquid whole eggs, hygienic practice for processing powdered formulae for infants and children, pathogen controls for Listeria monocytogenes in ready-to-eat foods, and guidelines for evaluating manufacturing control measures. The proposed standard setting what pathogen controls for Listeria monocytogenes ready-to-eat food processors must put in place is based in the main on US risk assessments, according to Codex documents.

Based on the risk assessments, a working group led by Germany concluded that a zero tolerance standard for L. monocytogenes have a proportional reduction in the rates of illness from foods contaminated with the pathogen.
The co

mmittee proposes to exclude from the criteria foods that are processing in such a way to ensure the killing of L. monocytogenes and for which recontamination is not possible.

The foods must also be processed and handled under systems adhering to good hygienic practice (GHP), a separate international standard.

Such foods include those given a listericidal treatment in the package and those that are produced through aseptic processing and packaging.
At the meeting the EU delegation also proposed that the standard should specifically include ready-to-eat foods for infants and those with medical conditions.

The EU supports a 100 colony forming units per gram (cfu/g) limit on the pathogen for ready-to-eat foods, if the food manufacturer is able to demonstrate the maximum would not be exceeded throughout self-life.

The EU delegation also noted that setting a zero tolerance standard, where a negative reading is set at 25g = 0.04 colony forming units per gram (cfu/g) "might cause misunderstandings".

The EU also wants clarification on foods not covered by the testing standard, pointing out that previous discussions had also discussed products for which Listeria monocytogenes is "very unlikely" to be detected.

Clarification is also needed about the proposed exclusion of foods for which there is less than '1 log' growth during 1.3 times the expected shelf life, the EU stated in its submission. Various definitions of 'shelf-life' might confuse the issue.


Agreements forged at Codex meetings could eventually affect the way processors operate worldwide as they become incorporated into national laws.

Research could lead to new class of antibiotics

Jerusalem – Discovery by Hebrew University of Jerusalem researchers of a new communication factor that enables bacteria to “talk to each other” and causes their death could have significant consequences leading to development of a new class of antibiotic medications.

Bacteria are traditionally considered unicellular organisms. However, increasing experimental evidence indicates that bacteria seldom behave as isolated organisms. Instead, they are members of a community in which the isolated organisms communicate among themselves, thereby manifesting some multi-cellular behaviors.

In an article published Friday (Oct. 26) in the journal Science, the Hebrew University scientists describe the new communication factor they have discovered that is produced by the intestinal bacteria Escherichia coli. The new factor is secreted by the bacteria and serves as a communication signal between single bacterial cells.

The communication factor formed by Escherichia coli enables the activation of a built-in “suicide module” which is located on the bacterial chromosome and is responsible for bacterial cell death under stressful conditions. Therefore, the new factor has been designated EDF (Extra-cellular Death Factor).

While suicidal cell death is counterproductive for the individual bacterial cell, it becomes effective for the bacterial community as a whole by the simultaneous action of a group of cells that are signaled by EDF. Under stressful conditions in which the EDF is activated, a major sub-population within the bacterial culture dies, allowing the survival of the population as a whole.

Understanding how the EDF functions may provide a lead for a new and more efficient class of antibiotics that specifically trigger bacterial cell death in the intestine bacteria Escherichia coli and probably in many other bacteria, including those pathogens that also carry the “suicide module.”

The discovered communication factor is a novel biological molecule, noted Prof Engelberg-Kulka. It is a peptide (a very small protein) that is produced by the bacteria. The chemical characterization of the new communication factor was particularly difficult for the researchers because of two main reasons: it is present in the bacterial culture in minute amounts, and the factor decomposes under the conditions that are routinely used during standard chemical characterization methods. Therefore, it was necessary to develop a new specific method. The research has also identified several bacterial genes that are involved in the generation of the communication factor, said Prof. Engelberg-Kulka.

A Salmonella outbreak associated with pot pies from ConAgra Foods has increased to 272 cases in 35 states, the Centers for Disease Control and Prevention (CDC) reported yesterday.
At least 65 people 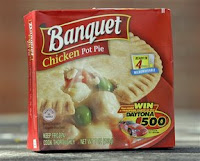 have been hospitalized in the outbreak, but none have died, the CDC said in what it labeled its last update on the episode. The latest case count is close to double the 139 cases reported by the CDC in its first notice about the outbreak on Oct 9.
Yesterday the CDC said at least 272 isolates collected from patients were identified as Salmonella serotype I4,[5],12:i:- and had matching genetic fingerprints. A CDC case-control study has linked salmonellosis cases with eating Banquet brand pot pies, and the outbreak strain has also been found in three pot pies bought by patients, the agency said.
ConAgra first issued a consumer advisory about the outbreak on Oct 9 and followed up with a recall of all varieties of its pot pies on Oct 11, though cases had been linked only to chicken and turkey pies.
The recall includes Banquet pot pies and those sold under the following labels: Albertson's, Food Lion, Great Value, Hill Country Fare, Kirkwood, Kroger, Meijer, and Western Family. The 7-ounce pies bear the establishment number "P-9" or "Est. 1059" on the side of the package. The CDC said consumers should check their freezers and return or discard the products.
Of the states affected by the outbreak, Washington has had the most cases with 27, according to the CDC. Wisconsin has had 24 cases, while California, Missouri, and Pennsylvania have had 18 each.
See also: CDC update, http://www.cdc.gov/salmonella/4512eyeminus.htm

Raising standards at every level of production

at raising standards at every level of production, a senior official said. The quality of Chinese goods has come under international scrutiny following scandals involving products ranging from toothpaste and pet food to toys and fish. Beijing insists the issue is limited to a few errant companies and is being hyped by foreign media as well as being driven by a protectionist agenda in some countries. But it has also vowed to tighten checks and crack down on illegal behaviour.

The State Council, or cabinet, has now approved the food safety law and it will be passed to the largely rubber-stamp parliament for the final nod, product quality watchdog chief Li Changjiang told World Health Organization

(WHO) head Margaret Chan. "This law totally covers how to standardise our food products' production, processing, sale, and supervision," Li told reporters. "I believe that the promulgation of this law will certainly effectively raise China's food safety situation and guarantee food safety and people's health," he said, but gave no timetable.