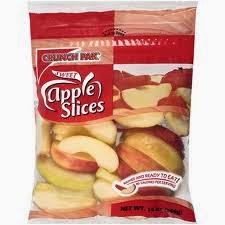 A Washington state company is recalling sliced apples due to the potential for Listeria contamination. The contamination was discovered by testing conducted by Minnesota Health Department. A sample tested was found to be positive for Listeria monocytogenes.

There have been no know Listeria outbreaks associated with sliced apples, however these product had been recalled in the 2012. Perhaps this is why MN Dept. of Health decided to pull this sample…perhaps it was just somebody pulling samples. Was the level of contamination significant? Studies have shown that Listeria can survive on apples and that it has grown on sliced apples when that product was temperature abused.

How risk is evaluated for a given product is rarely constant. This was the case with cantaloupes, where Listeria was probably not on the radar of those conducting a risk analysis, until the Jensen related outbreak in 2011. And so now for companies packing fresh apple slice, they too will need to include Listeria as part of their hazard analysis, and with this, they will need to implement environmental control measures in the processing environment.

The company sold the recalled product to retail customers and because, in some cases, the recalled product was shipped to regional distribution centers, Crunch Pak is taking the extra precautionary measure of issuing this recall nationwide to assure that consumers who may have purchased the product are properly alerted.

Six people were sickened and two were hospitalized, said the Morbidity and Mortality Weekly Report (MMWR) at the Centers for Disease Control and Prevention (CDC).Affected  were exposed to raw or lightly cooked chicken livers produced at the same poultry factory (establishment A) collected livers yielded the same strain of C. jejuni.
In October 2012 the VDH identified three cases of laboratory-confirmed C.  jejuni infection in Vermont residents; the isolates had indistinguishable pulsed-field gel electrophoresis (PFGE) patterns. PulseNet, the molecular subtyping network for foodborne disease surveillance, led to one additional case from New Hampshire, New York, and Vermont reported in the preceding six months.
Farm worker exposed: One of the people was exposed to the pathogen while working on the farm, the other four cases became ill after eating the livers, which were deliberately undercooked to maintain their texture.
USDA-FSIS found that establishment A, which stopped selling chicken livers, used antimicrobial cleaners to the livers, these efforts only affect the external surfaces and because Campylobacter contamination can be internal, the safety of undercooked chicken livers was not assured.
A food safety assessment conducted by the US Department of Agriculture's Food Safety and Inspection Service (USDA-FSIS) found no major violations.
The Food and Drug Administration (FDA) says that poultry must reach an internal temperature of 165oF (73.9oC) for at least 15 seconds.
Studies have shown that 77% of retail chicken livers are contaminated with Campylobacter and contamination is usually in internal tissues as well as on the surface.
Patients affected:  The six patients ranged in age from 19 to 87 years; three were female. Two were hospitalized, but all six had recovered by the time of their interviews.
Frozen chicken livers collected from restaurant A were sent to the VDH laboratory, minced into 13 25-gram subsamples and enriched as normal for the C. jejuni immunoassay. Two of the 13 subsamples screened gave positive results, but the pathogen could not be recovered in culture.

It is notable the increase of Listeria tolerance to various sanitizers. 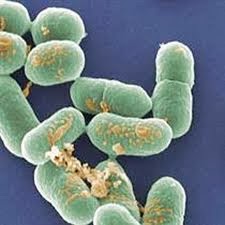 Controlling the food-borne pathogen Listeria (L.) monocytogenes is of great importance from a food safety perspective, and thus for human health. The consequences of failures in this regard have been exemplified by recent large listeriosis outbreaks in the USA and Europe. It is thus particularly notable that tolerance to quaternary ammonium compounds such as benzalkonium chloride (BC) has been observed in many L. monocytogenes strains.
However, the molecular determinants and mechanisms of BC tolerance of L. monocytogenes are still largely unknown. Here we describe Tn6188, a novel transposon in L. monocytogenes conferring tolerance to BC. Tn6188 is related to Tn554 from Staphylococcus (S.) aureus and other Tn554-like transposons such as Tn558, Tn559 and Tn5406 found in various Firmicutes. Tn6188 comprises 5117 bp, is integrated chromosomally within the radC gene and consists of three transposase genes (tnpABC) as well as genes encoding a putative transcriptional regulator and QacH, a small multidrug resistance protein family (SMR) transporter putatively associated with export of BC that shows high amino acid identity to Smr/QacC from S. aureus and to EmrE from Escherichia coli. We screened 91 L. monocytogenes strains for the presence of Tn6188 by PCR and found Tn6188 in 10 of the analyzed strains.
The isolates were from food and food processing environments and predominantly from serovar 1/2a. L. monocytogenes strains harboring Tn6188 had significantly higher BC minimum inhibitory concentrations (MICs) (28.5 ± 4.7 mg/l) than strains without Tn6188 (14 ± 3.2 mg/l).
Using quantitative reverse transcriptase PCR we could show a significant increase in qacH expression in the presence of BC. QacH deletion mutants were generated in two L. monocytogenes strains and growth analysis revealed that ΔqacH strains had lower BC MICs than wild type strains. In conclusion, our results provide evidence that Tn6188 is responsible for BC tolerance in various L. monocytogenes strains. 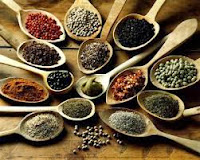