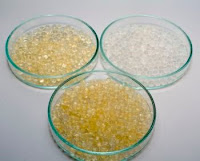 Apples, pears, peppers, cucumbers and other fruit and vegetables are being coated with a thin, wax-like nanocoating to extend shelf-life.

Are you eating nonfoods? While it might sound like the latest diet trend among anorexics, the term refers to the use of nanotechnology - particles as small as a billionth of a meter - in food. And there's a chance that you're already eating them.

In those cases, are nanoparticles ingested or not? And in all cases, is it safe?

Perhaps the best source of information on nanotechnology, the Woodrow Wilson Center's Project on Emerging Technologies, maintains a database of consumer products around the world that use nanotechnology. For food, they list mostly supplements, plus several applications in food packaging (such as in McDonald's burger containers or plastic beer bottles), a few uses in cookware, and hardly anything for food.

However, other sources, such as a recent AOL News piece by Andrew Schneider, point to much more common uses of nanotechnology in food.

According to Schneider's account, an unnamed scientist at the USDA says that, "apples, pears, peppers, cucumbers and other fruit and vegetables are being coated with a thin, wax-like nanocoating to extend shelf-life. The edible nanomaterial skin will also protect the color and flavor of the fruit longer."

He goes on to tell of "engineered particles ... already being sold in salad dressings; sauces; diet beverages; and boxed cake, muffin and pancakes mixes." And most major food manufacturers have or contract with nanotechnology labs. If that's the case, Americans are eating nanoparticles already. But nanoparticles of what?

The name nanotechnology applies to nanoparticles of any chemical, but there is a world of difference between nanosilver or nanocopper, used for its antibacterial properties, and carbon nanotubes, which many fear resemble asbestos and cause similar harm. (Carbon nanotubes, thankfully, are not headed for our food; nanosilver might be, which is worrying.)

What are the risks and benefits of each type of nanoparticle, and how do we know if each one is safe?

New technolgies help HACCP to acomplish its role
The American Academy of Microbiology (AAM) said that previously unrecognized or newly emerging hazards may also cause foodborne illnesses and are only detected when epidemiologic data suggest an association between a particular food and a particular pathogen or illness. The salmonellosis linked to contaminated peanut butter is one example of this, it added.

Technology – such as the introduction of the PulseNet system - can play a key role in reducing the risks that have grown with the increasing complexity of the food distribution system. The system uses DNA testing to compare the genetic fingerprints of pathogenic bacteria from patients and suspect foods. The fingerprints are loaded into a database where they can be compared and indistinguishable fingerprints detected, said the report.

The AMM identifies the “absence of adequate guidance” as a problem for processors and a barrier to cutting food safety risks at the processing stage. Processors are required to implement and carefully follow Good Manufacturing Practices (GMP), which support, as other prerequisites, the Hazard Analysis and Critical Control Points (HACCP) system. While the report recognises that GMP are “frequently not fully implemented” by processors, it adds, with what appears to be a criticism, that to be effective the methods must have “full buy-in from processors, which means in part that they must be economically realistic”.

“The HACCP concept is currently ripe for re-examination and the principles may need to be revisited and updated to reflect four decades worth of experience with HACCP”, it concluded.

Flawed practices by US processors obstacles to food safety - report

A reluctance on the part of processors to reform practices, their ageing facilities and poorly designed equipment are ‘obstacles to processing food safely’, according to a report from the American Academy of Microbiology (AAM).

The research highlighted the absence of adequate guidance and the need for the processing sector to take a proactive rather than reactive approach to food safety as key.

It was released in advance of this week’s decision by the US Senate to proceed with the Food Safety Modernization Act which, if passed, would give regulators the authority to order product recalls, give it greater access to company records, and require all food companies to keep detailed food safety plans.

But while the AAM gives a frank appraisal of US processors, it fully acknowledges that the food chain is long and complex, with many opportunities for contamination between farm and fork.

“Food safety problems may arise at any stage from food production to consumption: on the farm, at the processing facility, at the retailer, or in the hands of consumers”, said the report Global Food Safety.

Flawed model: The research identifies one major goal of food processing as the killing, inhibiting, or removal of pathogens from foods. But it adds that some processing conditions can facilitate pathogen growth, so that pathogen levels in the processed product are higher than in the raw ingredients. Examination of both raw material inputs and equipment and procedures they use is critical to producing safe food.

However, the report outlines a series of systemic problems within the processing sector that present barriers to achieving this – particularly that industry too often only seeks to improve practices after crises.

“In recent years, we have seen erosion in research and development efforts at food companies and a reluctance to innovate or reform practices,” it said. “Moreover, ageing facilities and equipment those lack good sanitary designs are obstacles to processing food safely. Too often, low profit margins mean that innovation and repairs are only undertaken after major outbreaks of foodborne illness. Often, capital improvements are not made routinely and systematically, but only in response to emergencies.”

The study characterises this as a “flawed model” from a public health perspective, instead urging that processing facilities “be repaired and upgraded on a continuous basis to prevent outbreaks of foodborne illness”. 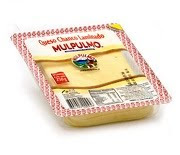 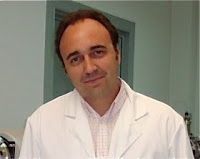 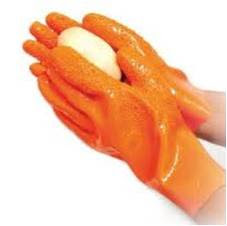 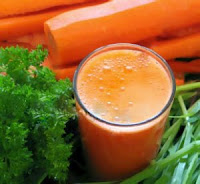 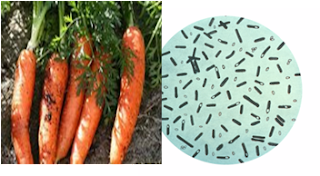 Expert opinion and networking will remain a key element to gathering and analyzing data of emerging risks in food and feed, according to a new report EFSA.

Development and implementation of a system for the early identification of emerging risks in food and feed was issued and aimed to review the current situation and outline the objectives, timelines and resources needed by EFSA in order to build a capacity for emerging risks identification.

Networking will be key element in gathering and analyzing data to extent, formal networks with EU and international agencies and stakeholders. EFSA said that currently only the first step of this process, data monitoring, is partially in place. As more data sources become accessible, the process will become more effective, commented EFSA. Tools will need to be developed to assist in handling increasing amounts of data, particularly for their analysis. From issues identified during this monitoring, detailed case studies on specific issues are being prepared. EFSA said it is concentrating on food and feed risks during the start up phase and will start to monitor emerging risks in plant health and animal health in 2011 and 2012.

As part of its strategy to incorporate expert opinion into the emerging risks identification process EFSA organized colloquium on emerging risks last month, in which a group of specialists were brought together to discuss the agency’s progress in the identification of emerging risks in the food supply chain. To gather information from experts, risk assessors, risk managers and other stakeholders on their views on emerging risks. Participants insisted that access to a broad spectrum of experts would be a critical success factor for the authority’s future work in this area. EFSA is looking for expertise in all fields of biological and chemical risks that may affect the food supply chain. 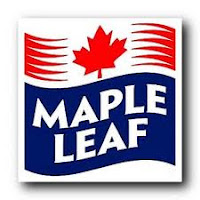 A C$13m cash injection to fund more inspectors, updating of manuals, speeding up regulatory approvals for new additives and the piloting of new technology are all measures that are being undertaken, said the Canadian Food Inspections Agency (CFIA).

The body’s interim report came in response to the independent investigation into of Canada’s food safety system published by Sheila Weatherill in July 2009. The hard-hitting analysis laid bare a raft of systemic failures in the country’s safety Canada’s food safety structure and set out 57 recommendations to tackle them.

Last year, the Canadian Government confirmed it would adopt all the proposals in the report and has now outlined its progress in meeting them.

Inspection, Listeria and additive approvals. The CFIA said it is on the way to providing the 260 inspectors required to ensure industry compliance in meat processing plants. In 2009, the Government provided funding for 70 new inspectors to augment the work of the 176 personnel, with a further 100 posts to be filled in 2010.

It confirmed that C$13m extra had been made available to boost inspection capacity.

Measures have also been taken to update Canada’s Listeria policy, with Health Canada expected to publish the final guidelines in the near future.

The health agency has also made progress in hastening the approval process for additives that can curb the growth of Listeria monocytogenes - in line with one of the Weatherill recommendations. A pre-market submission project from Health Canada is already reducing approval times and the agency is developing guidelines to help industry identify which food safety proposals best meet these. The guidance is expected to be made public by the end of this year.

Demand for natural preservatives has increased over the past several years, as consumers have demanded fewer unfamiliar and artificial ingredients. 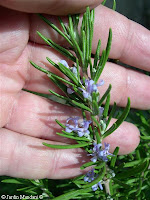 Rosemary extracts have received recognition as safe and effective antioxidants for food preservation, according to new directives published in the European Commission’s official journal. The directives specify the range of applications for which the extracts can be used, including fats and oils, bakery products, meats, dehydrated soups and potatoes, as well as nutritional supplements, such as fish oils. They also clarify that “dietary exposure resulting from the proposed uses and use levels were of no safety concern”, confirming EFSA’s scientific opinion.
“The latest news will boost further the demand for antioxidant rosemary extracts as some major food companies were waiting for clarifications of the regulatory status and the final EU-approval to use rosemary extracts in their products.”
Demand for natural preservatives has increased over the past several years, as consumers have demanded fewer unfamiliar and artificial ingredients. Under the clarified rules, manufactures will need to label the ingredient: ‘antioxidant: extract of rosemary’ or ‘antioxidant: E 392’.
“Obviously ‘antioxidant: extract of rosemary’ is more advantageous in terms of labelling,” Demur said. “It is a very consumer-friendly name.”
He added that the EU directives are also important as they identify the two main components responsible for rosemary extracts’ antioxidant effect: carnosic acid and carnosol. Therefore, it is important that food and dietary supplement makers are aware of the levels of these components in the extract they use.
Fuente:http://www.foodqualitynews.com/Innovation/Rosemary-extracts-get-final-EU-approval-for-food-preservation
Aporte: Víctor Tardón
Publicadas por Cristian Lopez H a la/s 11/03/2010 09:26:00 a.m. No hay comentarios.: