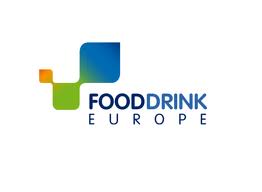 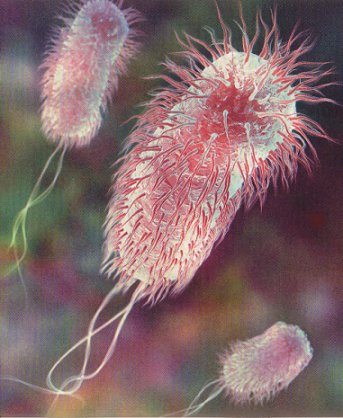 The NeoSEEK method received a letter of no objection from the US Department of Agriculture’s (USDA) Food Safety and Inspection Service (FSIS) to detect Shiga toxin-producing strains of E.coli (STECs).

Confirmation method
The letter of no objection allows the use of the NeoSEEK STEC system as a confirmatory method for six STEC serogroups (O26, O45, O103, O111, O121, and O145).

The confirmation method is different than the USDA approval given to detection methods from firms such as DuPont Qualicon and BioControl Systems.

The system is comparable to the USDA reference method, FSIS MLG 5B.02, which can take three or more days to achieve a confirmatory result, while Neogen claim their method provides results within 24 hours.I

The letter allows companies to use the system to comply with the USDA’s regulation that requires the testing of raw beef trim for six new STEC serogroups as well as 0157:H7.

Customer assurance
"The letter from the USDA provides further assurance to our customers that our NeoSEEK system performs as designed,” said James Herbert, Neogen’s chairman and CEO.

“As worldwide food regulation has evolved to address newly identified threats to our global food supply, such as STECs, Neogen’s test systems have evolved to rapidly and accurately detect those threats.

“NeoSEEK provides the DNA-definitive test the food industry needs that has been proven to be comparable to the older reference method, yet provides much quicker results.”

Neogen received the USDA’s letter of no objection as a result of studies validating the effectiveness of the system.
The technology uses mass spectrometry-based multiplexing to determine the genetic composition of bacteria in a food sample, and then compares those results with the known genetic makeup of the target E.coli strains to identify and differentiate the target strains.

The FSIS announced in June that it would start testing for the six non-0157 strains of Shiga toxin-producing E.coli (STEC) in raw beef manufacturing trimmings.

Vegetables products have been voted as the most likely driver of an increase in foodborne illness outbreaks, according to a Nordic survey 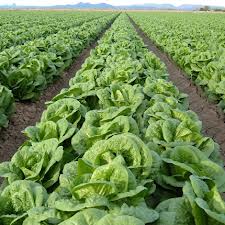 Imports were identified as the most likely critical points of pathogen proliferation
A group of food safety experts were identified from Denmark, Finland, Norway and Sweden and asked about their perceptions for foodborne outbreaks over the next decade. The likely cause of a foodborne outbreak was vegetables and vegetable products, followed by herbs, spices and condiments, fish and other seafood, meat and meat products and fruit and fruit products.
Alcoholic beverages and sugar and confectionery were voted as unlikely sources for foodborne outbreaks. Swedish respondents more often selected herbs and spices as likely vehicles of foodborne transmission, perhaps due to recent experience of the severe EHEC outbreak in Germany and France, said the study.
Finnish respondents selected fish as a likely vehicle, perhaps due a larger share of imported fish products, added the authors.
Critical point in the chain. Imports were identified as the most likely critical points of agent proliferation generating an increase in outbreaks, closely followed by food service with food transport the most unlikely point. Increased import of foreign food and consumption of raw food scored highly as the likely drivers of foodborne outbreaks.
The survey looked at addressing the issue of potential changes in future outbreaks of human foodborne and waterborne diseases relating to 2011-2020, compared with the previous decade. 61 respondents voted that it was unlikely that the number of outbreaks will decrease by at least 10%. Almost 50% thought that it was likely that there would be increasing exposure to known foodborne disease agents, while the emergence of new foodborne disease agents or new variants of known agents was cited as a concern.
Survey participation. The survey involved Livsmedelsverket (National Food Agency), Sweden, Mattilsynet (Norwegian Food Safety Authority), Evira (Finnish Food Safety Authority) and DTU Fødevareinstituttet (National Food Institute, Technical University of Denmark. It was conducted online from December 2011 to May 2012 with 110 respondents.
The 19 questions covered beliefs about outbreak trends, characteristics of a potential positive trend, the drivers of such a potentially increasing number of outbreaks, and background questions on nationality, education and professional experience of risk management, assessment and communication.
Source: Food Quality News
Publicadas por Unknown a la/s 10/23/2012 01:59:00 p.m. No hay comentarios.:

No U.S. illnesses tied to the fish, say health officials

At least 950 people in the Netherlands are now known to have fallen ill in a Salmonella Thompson outbreak linked to salmon. Three elderly victims have died.

The outbreak was first reported October 1 after more than 200 Salmonella illnesses were linked to smoked salmon sold by Netherlands-based Foppen. Subsequent environmental testing revealed the presence of the outbreak strain of the bacteria in one of the company’s manufacturing plants in Greece.

Now the outbreak has grown to include almost 1,000 Dutch victims, three of whom have died, reported the Netherlands’ National Institute for Public Health (RIVM) Thursday, according to MedicalXPress.

Meanwhile, health officials have identified a cluster of Salmonella Thompson infections in the U.S. The genetic fingerprint of this bacteria is indistinguishable from that of the strain causing the Dutch outbreak; however, patient interviews have revealed that Foppen smoked salmon was not a likely source of infection for these cases, according to Lola Russell, spokesperson for the federal Centers for Disease Control and Prevention.

“We have the same PFGE (pulsed-field gel electrophoresis) pattern that they have (in the Netherlands), but ours is not showing a connection to smoked salmon. We’ve been speaking to those people, but they do not report eating smoked salmon,” Russell told Food Safety News.

While the recalled Dutch smoked salmon was sold in the U.S. by Costco Wholesale, no illnesses have been linked to the product, says the Kirkland, WA-based company.

According to Craig Wilson, Director of Food Safety at Costco, consumers called the company to report illnesses after being notified of the recall. However, when asked Thursday via email whether any of these illnesses had been officially linked to consumption of Foppen smoked salmon, Wilson replied, “No. None at all.”

What began as ordinary night out has become food safety nightmare 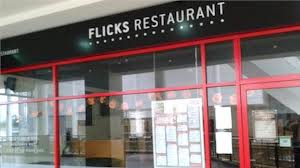 It was an ordinary night out — which has now become unforgettable. At least 20 people have been caught up in the E. coli O157:H7 outbreak — the worst ever seen in Northern Ireland — with another 150 probable cases waiting in the wings. The link? Flicks, a popular north Belfast eaterie situated in landmark retail centre, Cityside Mall.

A spokeswoman from the Public Health Agency, which is investigating an outbreak it has described as a “major public health crisis”, said: “In the context of the probable and confirmed cases, they will all have eaten at Flicks.”
The agency said the numbers are unprecedented — and expected to rise. The outbreak first came to light last Thursday (October 11).  Three family members who had come down with suspected   E. coli 0157:H7 on October 4 were linked to the second case highlighted on October 11.

All the individuals had eaten at Flicks. The restaurant, which was established six years ago, closed its doors on the evening of October 11 voluntarily, after it was contacted by Belfast City Council's environmental health department. It was not the first time that the outlet had appeared on the radar of public health authorities. Extensive tests were carried out at the restaurant in August after it was linked to four E. coli cases the same month.

“That day in August that they (environmental health inspectors) came in, they spent at least four to five hours taking food samples, taking swabs throughout the whole kitchen area,” the restaurant’s proprietor, Michael McAdam, said. “They checked all the health and safety procedures. And after those tests were completed, nothing was found.”

Asked if the restaurant has received any complaints about its hygiene standards, he added: “Not that I’m aware. “In June, we had a request from environmental health to do some repairs. “We closed over the weekend of July 12 and put in new kitchen floors and new plastic walls (in line with hygiene recommendations). Mr McAdam said the outbreak has hit the restaurant's staff hard.

However, a victim of the one of the first cases of E. coli 0157:H7 in August has questioned whether procedures used to inspect the restaurant at that time are sufficient. Paul Devine told the BBC’s Nolan show: “The fact that it (tests in August) comes back negative — and then it can come back positive not that long after — it makes me wonder what their procedures are and is that process working?”
Source: BBC news

The HACCP plan did not provide adequate controls in relation to Listeria monocytogenes.
The US Food and Drug Administration (FDA) has warned Dr Pepper Snapple Group (DPS) bottler the American Bottling Company after an inspection revealed serious HACCP failings at a Texas plant. In a letter to the company dated July 10, but published yesterday, the FDA said an inspection of the firm’s facility in Irving, Texas revealed serious violations of Regulation 21, Code of Federal Regulations (CFR) Part 120, relating to juice hazard analysis and critical control points (HACCP).
“Your ReaLemon and lime juices are adulterated in that they have been prepared, packed, or held under insanitary conditions whereby they may have been rendered injurious to health,” FDA Dallas District director Reynaldo R. Rodriguez wrote to American Bottling Company president and CEO Larry Young (who is also DPS CEO and president).
Recounting “serious deviations” at the site, the FDA told the managers that the company must include control measures in its hazard analysis and HACCP plan to “consistently produce at a minimum, a five-log* reduction of the pertinent microorganism for at least as long as the shelf life of the product when stored under normal and moderate abuse conditions”.
(*Log reduction relates to the relative number of live microbes eliminated: a 5-log reduction involves lowering the number of pathogenic microbes 100,000 fold). These were required under 21 CFR 120, the FDA wrote, but the company’s plan for its ReaLemon 100% Lemon Juice and ReaLime 100% Lime Juice brands did not provide such controls in relation to Listeria monocytogenes.
Only microbial verification studies relating to Salmonella and E. coli O157:H7 were evaluated, the FDA added, but “the pertinent microorganism in the juice from these concentrates is Listeria monocytogenes”.
Source: FDA
Publicadas por Unknown a la/s 10/05/2012 10:42:00 a.m. No hay comentarios.: 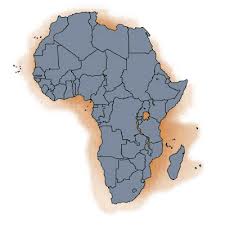 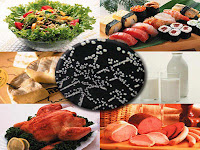 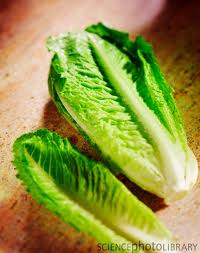 Ten-ounce plastic bags of chopped hearts of romaine supplied to Publix Supermarkets by Ready Pac and sold under the Publix Hearts of Romaine brand are being recalled for possible Listeria contamination.

A sample of the product tested by the U.S. Food and Drug Administration (FDA) was positive for Listeria, a sometimes-deadly pathogen that also can cause miscarriages and stillbirths among pregnant women.
The recalled romaine was distributed from Sept. 8 to Sept. 20, 2012 with the Uniform Produce Code (UPC) 41415 03886 in the right hand corner on the back of the package.

No illnesses have been reported up to date in connection with the hearts of romaine recall.  Publix shoppers who purchased the recalled romaine are eligible for a full refund.