After decades of steady progress, the safety of the nation’s food supply is no longer improving. And in the case of Salmonella — the dangerous bacteria recently found in peanuts and pistachios — infections may be creeping upward.

In 2008, 16 out of 100,000 people in the United States had laboratory-confirmed cases of salmonella infections, according to the Centers for Disease Control and Prevention. That translates into about 48,000 serious illnesses, since individual stool samples are sent to labs generally only when someone is suffering a severe bout. In 2005, the figure was 14 people per 100,000 — or about 42,000 cases of laboratory-confirmed salmonella infections.

But health experts said the lack of improvement was disheartening. And in the case of Salmonella, the numbers mean that the nation is unlikely to meet goals created in 2000 under the government’s “Healthy People 2010” program to reduce the incidence of salmonella infections to about half its current level.

“This highlights the urgent need to overhaul our food-safety system,” said Erik D. Olson, director of food and consumer product safety at the Pew Charitable Trusts. “In some cases, there are early indications that progress may be reversing for some diseases. The children and elderly in our families are most at risk, and it is our duty to better safeguard them.”

Roughly 76 million people in the United States suffer food-borne illnesses each year, 300,000 are hospitalized and 5,000 die, according to estimates by the disease centers. Children younger than 4 are sickened by food more than those in any other age group, but adults over age 50 suffer more hospitalizations and death as a result of food-related infections.

Since 1996, when the system began, the burden of illness from Campylobacter, Listeria, Shigella, E. coli 0157 and Yersinia has decreased, although all of that decrease occurred before 2004. There has been no statistically significant change in the incidence of salmonella and Cryptosporidium and there has been a marked increase in cases of Vibrio, a relatively rare disease mostly associated with raw oysters.

There are unexplained variations in infection rates among the 10 states in the FoodNet system. The incidence of Campylobacter, for instance, is highest in California while Salmonella infections are highest in New Mexico and Georgia. Geographic differences in diet may be the cause, officials said.

“The lack of recent progress toward the national health objective targets and the occurrence of large multistate outbreaks point to gaps in the current food safety system and the need to continue to develop and evaluate food safety practices as food moves from the farm to the table,” disease center epidemiologists wrote in a note accompanying the release of FoodNet’s latest data. “You can only tell people so much to wash their cutting boards and wash their hands,” Dr. Jones said. “I think we’re running out of things to do to make dramatic improvements.”

A virus known to attack and weaken marine-borne bacteria has been responsible for fewer cases of Vibrio parahaemolyticus-infected humans, a Chilean scientist discovered.The Vibrio parahaemolyticus bacterium lives in marine waters and ‘hides’ in shellfish and fish. When these products are consumed by people, the organism travels to the colon and produces such discomforts as diarrhoea. According to official statistics, some 8,000 people were intoxicated in the region of Los Lagos in 2005. This summer, however, the figure did not rise above 800 cases of infection.

Researcher Romilio Espejo, of the University of Chile's Nutrition and Food Technology Institute (INTA), discovered that the virus Vp58.5, when not immeditately fatal to the bacteria, mortally infects it.Vibrio parahaemolyticus was detected in Chile in 1998, in Antofagasta, and later in the Los Lagos region. Two years before, the same strain has appeared on the coasts of Vietnam, El Mercurio reports.

"This pandemic strain is the first such pathogen to have dispersed around the world,” Espejo explained. The Vp58.5 is a specific virus that does not attack any other bacterium. The scientist confirmed that the first attack wipes out 30 per cent of the bacteria and remains latent in those that survive. Only one in 10 million is immune, he uncovered.

But those bacteria carrying the latent virus are "cursed," as the virus multiplies and kills under sun exposure. This explains the fall in intoxication cases, Espejo explained. Even though Vietnam and Antofagasta are already free of the strain, to soon be joined by the Los Lagos region, the INTA expert stated his research will continue given that the virus and the bacteria mutate constantly and creating new defences.

Future versions of the virus may be used to eliminate the mutated bacteria, when the latter manifests, Espejo speculated.

Consumer measures preventing Vibrio parahaemolyticus intoxication include: consuming only cooked shellfish and fish; Keeping the cold chain uninterrupted before consumption, as bacteria proliferate at room temperature or under the heat of the sun. 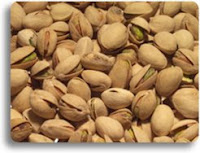 The FDA and the California Department of Public Health (CDPH) are investigating Salmonella contamination in pistachio products sold by Setton Pistachio of Terra Bella Inc, Calif. The company has stopped all distribution of processed pistachios and will issue a voluntary recall involving approximately 1 million pounds of its products. Because the pistachios were used as ingredients in a variety of foods, it is likely this recall will impact many products. In addition, the investigation at the company is ongoing and may lead to additional pistachio product recalls.

The contamination involves multiple strains of Salmonella. Salmonella can cause serious and sometimes fatal infections in young children, frail or elderly people, and others with weakened immune systems. Thus far, several illnesses have been reported by consumers that may be associated with the pistachios. It is not yet known whether any of the Salmonella strains found in the pistachio products are linked to an outbreak. The FDA is conducting genetic testing of the samples to pursue all links.