This happens in spite of the strict regulations applying to table eggs for human consumption. 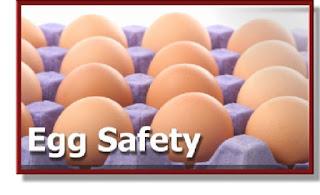 Sporadic or outbreak cases of Salmonella Enteritidis reported by Austria, France, Germany and the United Kingdom, in addition to one case reported in Luxembourg in a patient residing in France, appear to be linked by time of symptom onset and microbiological characteristics of isolates.
Cases in Austria, France and Germany share an epidemiological link to the same egg packaging centre in southern Germany. Isolates from contaminated eggs identified in France originating from the implicated German egg packaging centre share similar molecular characteristics to the human cases. Isolates from a sample of a Salmonella-contaminated strawberry cake, identified in Germany through an investigation unrelated to this outbreak, also share similar molecular characteristics to the human cases.
Additional microbiological and environmental investigations could further strengthen evidence to support or discard the hypothesis of all cases being part of the same outbreak, and being infected after consumption of the same food (i.e. contaminated eggs produced in southern Germany).
This is particularly unclear with regard to the outbreak cases in the United Kingdom. Investigations and actions taken by the food sector have supposedly stopped the distribution of the suspected contaminated food to the market. However, due to the delay in case reporting, it is still possible that more cases will be notified.
ECDC will continue to closely monitor the occurrence of human cases through EPIS-FWD and Member States could consider enhancing their surveillance activities for this Salmonella serovar and specifically for the phage type 14b.
It is noticeable that Salmonella Enteritidis-contaminated eggs have been able to reach the market, in spite of the strict regulations applying to table eggs for human consumption, and the success in reducing human and animal infections in recent years within the EU. EPIS-FWD and RASFF have been confirmed to be excellent tools for sharing information, identifying potential cross-border threats and linking independent investigations simultaneously occurring in different Member States.